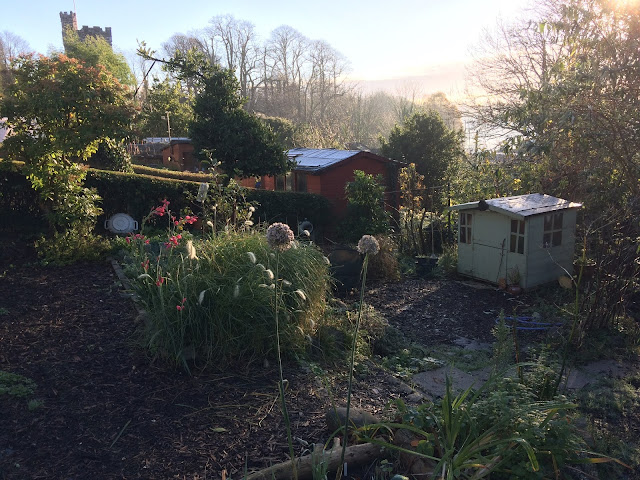 Hello there, I thought I’d tell you today a little bit about my horticulture studies, which I am doing purely for the love, and as usual, share some Long Mizzle Garden pictures and cups of tea…but I'm afraid I've ran out of ginger biscuits!... Since September 2019 I have been enjoying studying online with the Royal Botanic Garden Edinburgh... all the way from Cornwall (I am not the furthest flung student, they have students all over the world). Having wanted to do it for a while and with my kids off at nursery and school, I thought it a good way to use my two days off during the week. September through to November was great, lots of lovely quiet days spent with coffee and getting my head stuck into the course material. December and January saw an unexpected restructure at work, which led me to swatting up on all things Information Technology and applying for another job, which I started in February. The Christmas 2019 period had seen family, friends, work colleagues and my own
12 comments
Read more 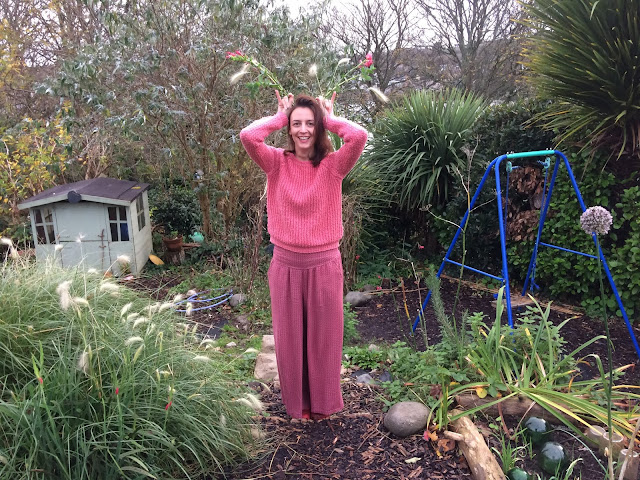 Hello from Long Mizzle, Time to put some lippy on, dance around the garden and find coordinating pink and fluffy flowers! This week's bunch includes river lilies (Hesperantha coccinea), feather top grass (Pennisetum villosum) and Honeywort (Cerinth major 'Purpurascens'). I've never been too keen on the black kitchen tiles we inherited with the house, but they make a great background for the flowers to pop out from. Maybe one day I will lavish as much attention on the inside of the house, including the kitchen, as I do the garden! If you haven't already seen it, Vintage Vix's lockdown kitchen makeover here is amazing and I completely agree that coffee tastes much better in a vintage cup. I found a lovely old article on Sue's blog about the Teapot Pub (Old Star & Garter) in Falmouth here , which is how I fondly remember it (newer entries here ).  If I had the space, I think I would collect teapots too! Here's a small selection of my vintage cups - Vint
15 comments
Read more 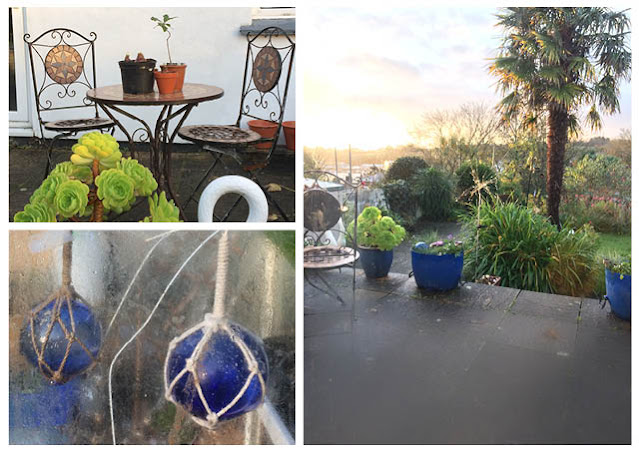 Hello, do come in, it's a bit damp, but I've got t' kettle on and it's going to be a beautiful day... In my art school wanker days, there was one set of images that gripped me more than anything else...and to this day they still haunt and fascinate me. They are the 'Silueta Series' (1973 -78) by Cuban born sculptor, video and performance artist Anna Mendieta.    Mendieta used primarily earth, sometimes flowers, twigs, blood and fire in a ritualistic attempt to create a sense of belonging and re-connect to her exiled homeland. She says she was 'ripped' from her childhood home in Havana (her father was politically imprisoned for eighteen years and Mendieta, along with her sister, were then shuttled between orphanages and foster parents in Iowa, America).  Although at first glance, some of these ephemeral images may seem morbid, it was in Mendieta's culture to see blood as a powerful thing and the muddy process was meant to be regenerative. The keen ga
14 comments
Read more 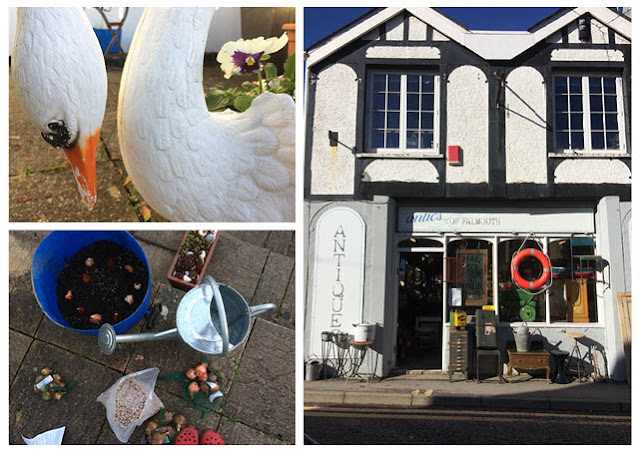 Alright m'ansomes! Fancy a womble to Falmouth Town? And a potter around the garden? Let's start with a cup of tea at Long Mizzle... After all the restless, buffeting rain last week, there was an ahhhhhhhhh moment [cue celestial sounds] as I opened the curtains to find a glorious day waiting. This was the last day before England Lockdown (Part 2) and with a day off from work,  I was determined to make the most of it.  Taking a turn round the garden, I drank the morning sun light, already swinging though the trees. This leek I allowed to flower, but the others will be soon be eaten in a Homity Pie.  The greenhouse is a little pot of gold in the mornings. Could these be the daffodils I planted, appearing already at the foot of the Trachycarpus palm? Primroses have also appeared and the winter pansies look happy sat in the swan planter.  It is easy on days like this to get carried away and forget that I have to get the kids ready and off to school (unlike the previous lockdown, sc
10 comments
Read more
More posts

Lulu
Hello I’m Lulu, welcome to my little blog, mostly about my long and mizzly Cornish garden. I also have a penchant for picnic adventures, wombling (carboots, charity shops, fleamarkets), sewing and playing music, ginger cake...oh, and tea... lots of it.